Algae form the base of the aquatic food web, given their significant contribution to global photosynthesis. Algae are plant‐like life forms that float or move on their own in water. They vary in size from very small (microalgae; i.e., phytoplankton) to very large (macroalgae; e.g., seaweed). This article focuses on microalgae and the small percentage that may be harmful. A rapid increase in the population of algae, called an algal bloom, can deplete oxygen in the water column, creating hypoxic or anoxic conditions. These conditions can lead to changes in food web dynamics and, therefore, changes in the species of marine life present; reduce light penetration through the water column; and cause fish kills, generally by the clogging of the gills.

A subset of these harmful microalgae is known as toxic algae. The toxins (poisons) produced by toxic algae in the marine environment are referred to as marine biotoxins; however, biotoxins may also be produced by certain freshwater algae and cyanobacteria. This article focuses on the toxins in the marine environment that may accumulate in molluscan shellfish such as oysters, clams, and mussels. If shellfish contaminated with these toxins are consumed, the toxins can sicken, or in extreme cases prove fatal, to the people who eat them.1 Given the potential adverse effects on human health, it is critical to ensure the appropriate control and management of marine biotoxins to prevent contaminated product from entering interstate commerce.

These toxins are not destroyed by cooking, freezing, or other food preparation processes, which highlights the importance of seafood safety programs that address understanding of the sources and fate of marine biotoxins, as well as control and management strategies.1 U.S. Food and Drug Administration's (FDA's) Center for Food Safety and Applied Nutrition (CFSAN) is responsible for ensuring that the nation’s food supply is safe, and in this article we focus on the control of marine biotoxins to prevent contamination of molluscan shellfish. We will address the sources, risk, and management of marine biotoxins found in molluscan shellfish and methods to identify contaminated shellfish meat before marketing.

Molluscan shellfish (clams, mussels, oysters, and whole or roe-on scallops) fall under the purview of the National Shellfish Sanitation Program (NSSP).2 The NSSP is a federal-state cooperative program that includes representatives from shellfish-producing and non-producing states, FDA, the Environmental Protection Agency (EPA), the National Oceanic and Atmospheric Administration (NOAA), and the shellfish industry. The NSSP is recognized by FDA and the Interstate Shellfish Sanitation Conference (ISSC)3 as the standard for the safety and sanitary control of molluscan shellfish intended for human consumption in interstate commerce.

The ISSC holds routine meetings, typically every two years, to deliberate new proposals aimed at updating and refining program requirements. The requirements for molluscan shellfish safety are documented in the NSSP Guide for the Control of Molluscan Shellfish. Due to the COVID-19 pandemic, the last ISSC meeting was held in 2019; therefore, the most current version of the Guide is the 2019 Revision.4 The Guide includes the purpose and definitions, model ordinance (which states may adopt into regulation), public health reasons and explanations, guidance documents, suggested forms, NSSP policy-setting documents, shellfish federal regulations, FDA manual of interpretations, and the history of the NSSP. The authors will highlight the marine biotoxins covered in the Guide and associated requirements. For more detail on marine biotoxin management requirements, see Section II, Chapter IV @ .04. Additional details and laboratory methods are found in Section IV, Chapter II, .02 and .14.

The Guide explicitly covers five main intoxication syndromes that may be caused by marine biotoxins and establishes threshold concentrations at or above which shellfish growing areas must be placed in the closed status, meaning that harvesting is prohibited. The following are the syndromes and toxin thresholds:

Knowing the sources and geographic distributions of the toxins causing these syndromes is vital to implementing appropriate controls and preventing the harvest and sale of contaminated molluscan shellfish.

PSP toxins, also referred to as saxitoxins, are primarily produced by certain microalgae, classified as dinoflagellates, which belong to the Genus Alexandrium5 (Figure 1).The dinoflagellate species Pyrodinium bahamense is also a PSP toxin producer often found off the coast of Florida and throughout the Caribbean. Saxitoxin is one of numerous toxins that comprise the PSP toxin family. Symptoms of PSP include tingling of the lips, mouth, and tongue; numbness of the extremities; weakness; nausea; shortness of breath; dizziness; and respiratory paralysis.1 PSP-producing algae have been documented off the U.S. northeast and west coasts, including Alaska, and the coast of Florida.6 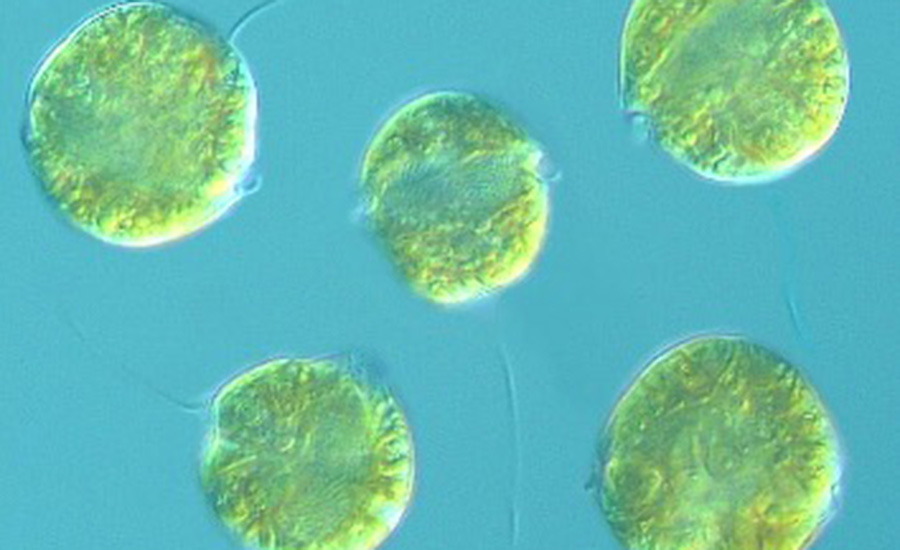 ASP toxin, or domoic acid, is produced by certain microalgae referred to as diatoms of the genus Pseudo-nitzschia.7 Toxic versus non-toxic species are difficult to distinguish using standard monitoring techniques such as light microscopy. Confirmation of toxic species may require specialized microscopic or molecular techniques. ASP symptoms include vomiting, diarrhea, abdominal pain, confusion, and short-term memory loss.1 ASP-producing algae have been documented to occur off the U.S. northeast and west coasts and the coast of Florida.6

NSP toxins, referred to as brevetoxins, are produced by the dinoflagellate Karenia brevis.8 Numerous toxins make up the brevetoxin family. Furthermore, shellfish may metabolize the toxins into different forms, which also contribute to toxicity. Symptoms of NSP include tingling and numbness of the lips, tongue, and throat; muscular aches; dizziness; diarrhea; and vomiting.1 Blooms of Karenia brevis are typically restricted to the Gulf of Mexico and the coast of Florida.6 Unlike the other toxins discussed in the Guide, brevetoxins also affect people through inhalation of aerosols generated during toxic blooms, often called "red tides."

DSP toxins include okadaic acid and dinophysistoxins.9 Dinophysis and Prorocentrum are two types of dinoflagellates that may produce these toxins. The DSP toxin family comprises multiple toxins, and shellfish tend to add fatty acid esters to the toxins upon ingestion. These metabolites are not toxic in mouse bioassays but have been shown to contribute to illness. DSP symptoms include nausea, vomiting, diarrhea, abdominal pain, chills, headache, and fever.1 DSP toxin producers have been found off the U.S. east and west coasts and in the Gulf of Mexico.6

AZP is caused by azaspiracids, produced by very small dinoflagellates in the Genus Azadinium.10 Due to their small size, it is difficult to distinguish toxic from nontoxic species in this group using a standard microscope. AZP symptoms include nausea, vomiting, stomach cramps, and diarrhea.1 Closures of shellfish growing areas in the U.S. due to AZP toxins have not been necessary to date. The only illnesses documented in the U.S. were attributed to imported product. AZP toxin producers have not been identified as a problem off the coasts of the U.S., but remain an emerging issue to better understand the presence and toxin production of Azadinium in the U.S.

In accordance with the Guide, marine biotoxin management plans are required for growing areas that have been impacted in an illness outbreak, or where toxic phytoplankton have been documented to occur, and where toxins are prone to accumulate in shellfish. Marine biotoxin contingency plans, however, are required for growing areas where illness outbreaks have not been implicated or where toxin-producing phytoplankton have not been documented historically. Marine biotoxin contingency plans, as the name implies, address the unforeseen management of emerging toxins that are either new or present in a new location.

Requirements of both plans include initiating an emergency sampling, closing growing areas, embargoing shellfish, preventing the harvest of contaminated species, providing for a product recall, disseminating information about the event, coordinating control actions taken by authorities and federal agencies, and establishing criteria for reopening growing areas once they have been placed in the closed status. Additionally, marine biotoxin management plans require maintaining a toxin-producing phytoplankton and/or shellfish sampling program and ensuring that all shellfish harvested from growing areas or portions of growing areas that are placed in the controlled access status meet all conditions of harvest restrictions prior to being entered into commerce.

Five marine biotoxin management strategies are available for maintaining a toxin-producing phytoplankton and/or shellfish sampling program. Regardless of the strategy chosen, minimum sample numbers are required. The baseline database for informing biotoxin management plans must include at least 36 samples over the course of at least three years. This should be established for each growing area or for hydrographically linked water bodies.

The five management strategies are: 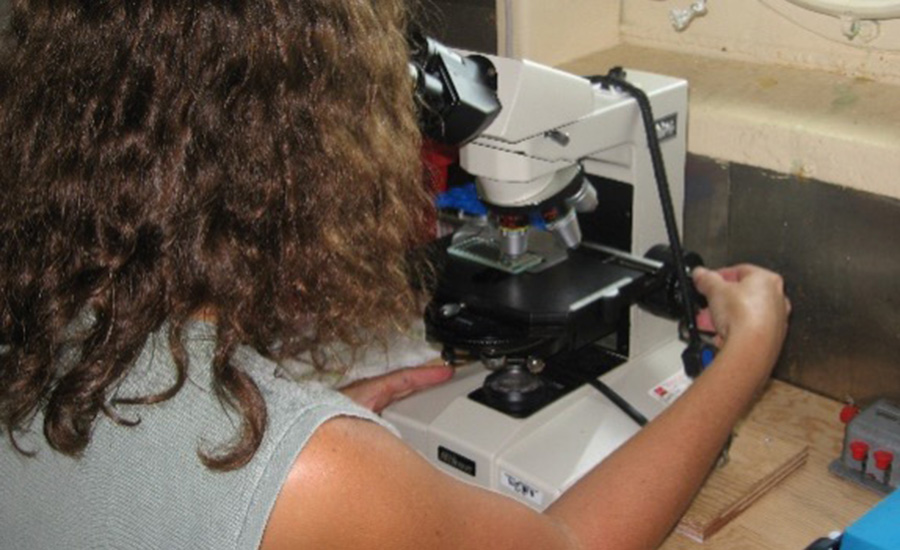 The NSSP has designated "approved" and "approved limited use" methods for use in support of the program. Approved methods are considered primary or core methods and are sometimes referred to as reference methods. While some methods are deemed fit-for-purpose based on historical use or peer review, the ISSC Laboratory Committee now relies on single laboratory validation to determine the suitability of the method for specific purposes.

Approved limited use methods include:

Overall, successful marine biotoxin control relies on the most up-to-date science, on the spatial and temporal distributions of toxic algae and/or toxins in molluscan shellfish, and on the appropriate use of laboratory methods as defined in the most current revision of the Guide. All of these strategies must be reflected in comprehensive marine biotoxin management and contingency plans.

The video, which encompasses three learning modules, is a tool to help the seafood industry and state and federal agencies understand biotoxin sources and geographic distributions, develop or improve marine biotoxin management and contingency plans, and determine the appropriate laboratory methods for specific biotoxin applications.

The online learning module can be accessed at www.fda.gov/seafood.

Erika Anderson, M.S., is Senior Instructional Systems Specialist at the Office of Management of the Staff College for FDA's Center for Food Safety and Applied Nutrition.

Erika Anderson, M.S., is Senior Instructional Systems Specialist at the Office of Management of the Staff College for FDA's Center for Food Safety and Applied Nutrition.