Financial management in the legal cannabis industry can throw companies for a loop, but pathways toward conducting better business are emerging.

At first glance, navigating the current state of banking across the legal cannabis industry in the U.S. can often raise more questions than answers. And while the industry has seen steps taken in the right direction in tandem with market growth, with more financial institutions starting to work with legal cannabis businesses to provide financial security, companies operating in this market still seek definitive clarity from a federal perspective. Luckily, indications point toward improvements in this situation in the coming months.

“There are roughly 500 banks and credit unions that currently work with cannabis businesses and are willing to deal with the onerous reporting required by federal law, and there is increasing interest from other financial institutions to enter this space,” says Morgan Fox, media relations director, National Cannabis Industry Association, Washington, D.C. She notes that many legal cannabis businesses are still forced to operate on a cash-only basis, which can involve logistical and security costs.

“Some states that have had legal cannabis markets longer than others have more options in terms of the number of banks or credit unions that are willing to work with cannabis businesses,” says Fox. Nevertheless, she notes, all states are subject to the same federal legal restrictions.

The financial community is eagerly awaiting clear pathways toward working with businesses developing legal cannabis edibles and beverages, but the onus of change falls to federal lawmakers. “There is considerable interest from the financial sector to reform these laws so that banks can more easily work with the cannabis industry, and the American Bankers Association is currently reaching out to member institutions to gauge interest and inform their federal lobbying,” says Fox.

The National Cannabis Industry Association is also doing its part to help affect change. “The National Cannabis Industry Association is lobbying heavily in Congress for banking reform that would create a safe harbor for banks to work with the cannabis industry without worrying about federal interference from the Department of Justice or the Treasury Department, either as a standalone bill like the Secure and Fair Enforcement (SAFE) Banking Act or in the next appropriations bill, and we are confident that such legislation is going to make significant progress this year,” says Fox. “This issue would also be resolved with comprehensive cannabis policy reform that ends federal prohibition.” 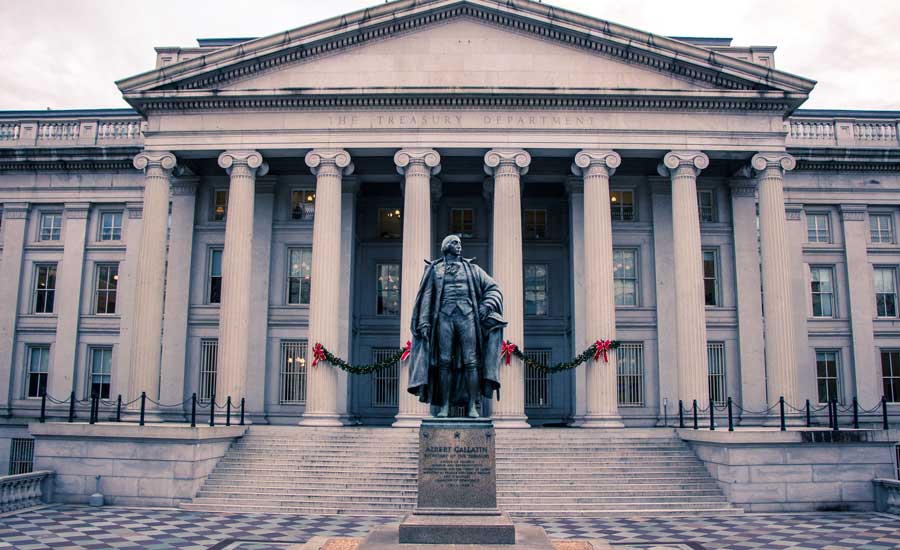 Nevertheless, the banking industry still maintained a reluctance to work with legal cannabis companies in the absence of an official congressional change to the law.

Now the federal government is beginning to look at this issue in more depth. Rep. Maxine Waters (D-CA), current chair of the U.S. House Committee on Financial Services, presided over a subcommittee hearing on February 13, 2019 covering “Challenges and Solutions: Access to Banking Services for Cannabis-Related Businesses” with the goal of helping bridge the financial security gap in the legal cannabis industry.

The hearing included discussion points directly related to the SAFE Banking Act, which was originally introduced by Rep. Ed Perlmutter (D-CO) in May 2017. The bill seeks to protect banks that work with legal cannabis businesses from interference with their deposit insurance, and that federal banking regulators cannot unduly interfere with loans made to bank customers based on their association with legal cannabis businesses. This would include transactions related to leasing or purchasing processing equipment in a legal cannabis edibles or beverages business. This legislation has found broad support from such groups as the Credit Union National Association and the Independent Community Bankers of America.

The end goal is to remove roadblocks to establishing financial security in the legal cannabis industry so businesses can safely handle their money in such a manner that is clear and transparent.