Changes in supply and operations planning are needed to avoid future disruptions—but how soon can they be implemented?

We wanted to find out more about the current state of the recovery, so we asked. Our survey included 210 processors in the U.S., Canada, and 47 other countries in every major category of food processing. These processors represent all regions of the world and all areas of food processing, but they have one thing in common—they all are struggling with supply chain issues, and they all had a lot to say about it.

Since the issues of employment and the demand for employees have been in the news, we first asked the processors if they currently had a shortage of employees (Figure 1). The responses were, in my opinion, quite remarkable. In the U.S. and Canada, the answer was overwhelmingly "yes," with those saying they currently have a labor shortage outweighing those saying they do not by a ratio of almost 2 to 1. For the international processors, the story was much different—a "mirror image" of that in the U.S. and Canada, with roughly two-thirds saying that they had the employees they needed. Considering that "international" covers many world regions and countries, we also took a look for patterns in the data from either countries or regions. The data was relatively consistent, however, and none stood out as having substantially different responses from the total.

FIGURE 1. Do You Currently Have a Shortage of Employees? 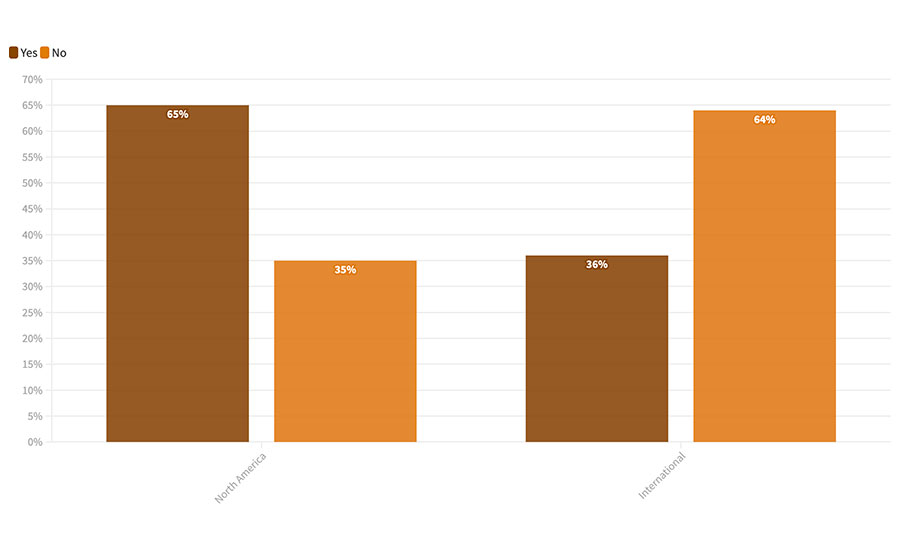 The good news showed up in the comments to this question, in that very few indicated that their shortage of employees was due to employee illnesses. The bad news, however, is that an overwhelming number of the companies indicated that their labor issues have been persistent, which means that they are unable to keep up with their production demand, and their existing employees have been working longer and longer hours and taking very little time off. Many processors mentioned that they feel they are at risk of too many employees suffering from burnout, threatening increases in attrition that will further exacerbate the problem. Several mentioned that the demand in working hours is also acting as a disincentive for new employees who may be considering taking a position.

In the interviews we conducted, we asked if the new employees that companies are hiring are coming from employment at other companies. In general, we are told that the new hires are coming from other jobs—many from other positions with some food safety training and experience—and are being motivated by the higher salaries and incentives (such as hiring bonuses) being offered. While this situation is certainly good for those employees changing jobs, it does mean that an overall number of job openings exist in the wider industry. Persistent job openings and an inability for production to catch up with demand can only serve to perpetuate the supply chain problems, indicating that shortages will likely remain with us for some time.

These labor issues do not only apply to plant personnel, but to other positions, as well. One position we heard about more often than any other in our survey was truck drivers. Many commented that they see an availability of idle trucks, but a severe lack of drivers to drive them—a persistent and difficult issue. To combat this problem, one agricultural company has started its own driver training program. Being involved primarily in vegetable farming, the company was out of its busy growing season when we spoke, but it is anticipating an acute shortage of drivers during the coming spring harvest season. The company is now busy recruiting and training its own drivers, to drive its own fleet vehicles, so that it will be ready by spring and through the rest of the growing season.

Labor is not the only thing in short supply. It seems that almost any material that may be needed in food production is hard to obtain. Processors mentioned shortages of many different items including gloves, boots, laboratory supplies, totes, containers, bags, pallets, ingredients, cleaning and sanitation chemicals, stainless steel parts, and a plethora of other items. One corporate manager said, "It's not only the major things, but any number of small items that are just as likely to hold up production. The problem is persistent. I used to be able to call my suppliers about something I needed right away, and they'd tell me 'it'll be on the next truck.' But now, I'm lucky if I can get the items even three or four weeks later."

The shortages are also creating havoc with prices. Processors reported supply prices increasing over last year by anywhere from 20 percent to 300 percent—or even more, depending on the product. One sanitation specialist said that he had seen "four increases in one year" for the sanitation chemicals that his company purchased, and that "pallet prices have been skyrocketing." The corporate manager mentioned in the previous paragraph said the same about pallets. "The pallets I'd been buying for ten dollars each, I'm now paying forty dollars each," he said. Apparently, the skyrocketing value of pallets is not a secret. "I have to lock up any pallets that I can get, or they get stolen," the manager added.

One area in which we saw broad agreement across all geographies and processing segments was on the need to learn from this situation and change processes to avoid future problems. Processors told us, by a ratio of three to one, that the current situation had caused them to re-examine their supply chain and risk management programs and to make significant changes (Figure 2). Areas in which they plan to make changes echo many of those that we have discussed in Food Safety Insights and on the Food Safety Matters podcast. These areas include holding more inventory, ordering further in advance, planning for much longer lead times, avoiding sole source supply and adding more suppliers, and shortening supply lines by buying more from domestic and local sources. As one respondent said, "just-in-time" buying has become "just-in-case." Where have we have heard that before?

FIGURE 2. Have You and Your Organization Been Re-evaluating Your Supply Chain Control and Risk Management Processes Due to Lessons Learned from the Pandemic? 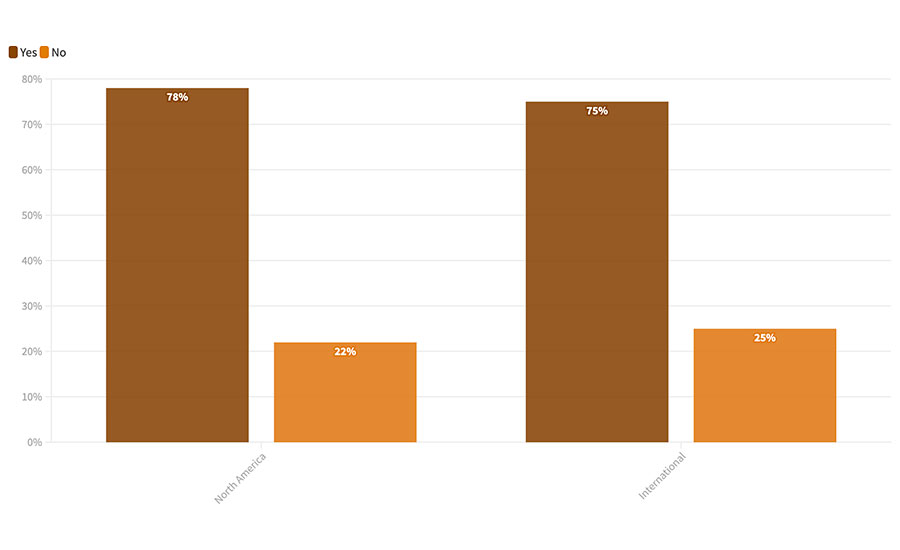 These will not be easy changes to make, and they may have to wait to be fully implemented. As one processor pointed out, "The answer to the question of what we will do in response to these problems prevents any real consideration and planning until there is a solution to be able to return to any pre-COVID-19 routine."

As the author has discussed in the past, supply and operations planning works best when there is some level of predictability and stability in the markets and supply chains. While the "just-in-case" philosophy is based on building additional flexibility for responding to uncertainties, there is a limit to the volatility that can be reliably addressed. Adding second and third suppliers and building additional warehousing space cannot solve the problem until there is enough supply available and the trucks and drivers available to deliver it. Making the changes needed to avoid this situation in the future is certainly a priority, but full implementation may need to wait until the supply chain stabilizes somewhat.

Food Safety Insights will continue to keep an eye on developments in the supply chain and how these affect food processors. Based on what we have learned in this investigation, we will likely be talking about elements of this crisis for at least the remainder of the year, if not longer.

Bob Ferguson is President of Strategic Consulting Inc. and can be reached at bobferguson9806@gmail.com or on Twitter at @SCI_Ferguson.