4 fall pest invaders and 3 ways to fight them

One of the many ways that insects survive cold weather is to hibernate in void spaces of structures — including your factory or distribution center.

They migrate towards buildings in search of an ideal warm resting spot to spend the cold winter, according to McCloud, which offers pest management solutions.

Changes in daylight hours and cooler temperatures can trigger the insect’s indoor movements. Normally there is a single life stage, the adult stage, which moves indoors and they do not breed, feed or develop during the winter. They slow down their metabolism and wait for the arrival of spring.

These insects, just by their numbers can elevate beyond nuisance status, especially in sensitive environments like food production plants, pharmaceutical plants and health care facilities where insect contamination is a concern. Some can stain surfaces and create offensive odors in addition to being a nuisance and contamination threat.

Four of the most common pest include: 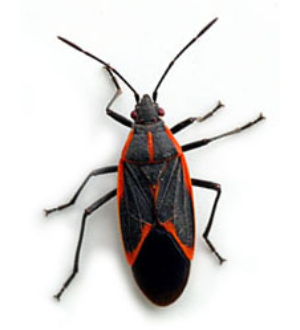 Probably the most common of the fall invading insects, this black and red marked bug actually feeds on trees including the box elder and maple. It is 1⁄2” long as an adult, mostly black in color with red lines marking the wings and the thorax or area behind the head. 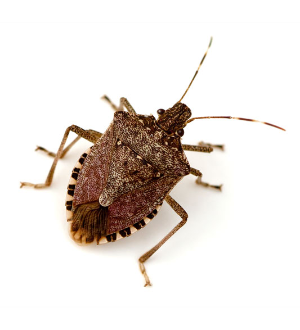 The brown marmorated stink bug is a relatively new invasive insect which has moved from its U.S. introduction point in eastern Pennsylvania westward. This is both an agricultural pest and structural pest. It can be identified by its mottled brown color and shield like shape. Adults are about 5/8” in length and have lighter bands or stripes on the last segments of the antennae and around the exposed edges of the abdomen. 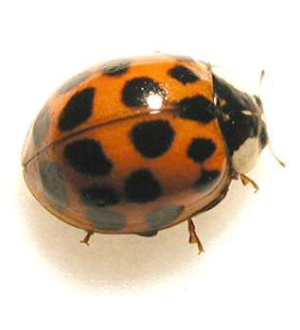 These beetles get their name because they can vary in color and markings. The wing color can vary from tan to reddish orange and they can have a varied number of black spots on the wings. These insects are predaceous on soft bodied plant pests like aphids so have a valuable role in reducing agricultural and horticultural pests. They achieve pest status as they migrate indoors in the late fall months. They are sometimes called the Halloween beetle because they often come into structures around the time of Halloween on a sunny day after a frost. 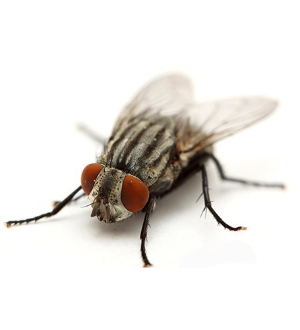 There are several flies which will overwinter in structures. Cluster flies and face flies are the most common and tend to cause the most concern since they often appear in groups or clusters. The adult cluster fly is slightly larger than a house fly. The wings are held overlapping each other over the abdomen unlike the house fly which wings appear to be more of a triangular pattern when at rest. It has golden yellow hairs on the thorax or main middle section of the body. The immature stages are parasitic on earth worms and cause no structural harm.

Fear not! There is hope! McCloud offers three ways to fight off theses pesky insects as the weather cools down.

Ideal temperatures for their overwintering locations are in the 40-50°F range which is typically found in the exterior wall voids or attic spaces of buildings. Denying the insects access for these ideal harborage sites is the first line of defense in control. Use of sealants, door sweeps and screens are the primary exclusion tools in preventing entry. The size of entry hole and degree to which sealing is needed will depend on the insect. The multicolored Asian lady beetle will fit through openings an 1/8” in size or larger.

Sealing of all cracks in this width and use of normal window mesh screening will exclude most of the fall invaders. Door brushes and seals should also be in place. All sealing efforts must be made prior to the insect’s indoor migration and so is typically conducted in the summer months. All of the invaders tend to migrate towards the sunnier sides of the structure and so special attention to sealing should be given to south, west and east exposures.

Perimeter treatments with insecticides can be used to supplement exclusion efforts. The applications should be made to areas where the insects are resting and entering the building. New changes in pyrethroid insecticide (i.e. deltamethrin, cypermethrin, cyfluthrin and lambda-cyhalothrin) labels may limit the ability to treat all areas with these products. More directed treatment may be required under the new labels.

Pest management professionals may need special lifts or ladders to reach affected areas. If insecticidal treatments are performed, they should be scheduled at the time right before the insects are starting to enter the structure for optimal effectiveness. Unfortunately, insecticide treatments after they have entered the structure are of minimal help.

If the window for exclusion and preventative pesticide treatment was not met and the insects make their way unrestricted, insect light traps may be helpful in attracting and eliminating some of the insects which are not confined in ceiling or wall void spaces.

Occasionally, a number of the invading insects will wind up in the occupied spaces of the building due to their point of entry or they may emerge in winter due to a temporary “January thaw” situation in belief that it is springtime. There is a new LED, battery operated light trap which can be useful in small areas for attracting insects. These temporary portable light traps are manufactured by Catchmaster.

Care should be used in not placing them too close to the structure which might encourage interior migration. In addition to light traps, insects can also physically be removed through the use of vacuums.

If vacuums are used, the contents should be discarded right after vacuuming has been completed. Some of the invaders like stink bugs can cause objectionable odors if left inside the vacuum.

Information provided by McCloud Services. Founded in 1904, McCloud Services is a leader in integrated pest management solutions. Dedicated to providing the highest level of pest management services and customer care, the company’s programs are designed to target immediate pest concerns with the least possible threat to people, property and the environment. McCloud Services embraces the latest technology innovations and remains at the forefront of the pest management industry. The company’s mission is to protect its customer’s health, property, food, and the environment while providing the highest level of safety for its employees and the general public.

Crystal Lindell worked primarily at daily newspapers before joining BNP Media in 2010. While here she has worked on Candy Industry Magazine, Food Engineering Magazine and Food Safety Strategies. She holds a master’s degree in public affairs reporting from the University of Illinois – Springfield and a bachelor’s degree in political science from Western Illinois University. And her favorite breakfast is a cup of espresso and Twix bar.
Subscribe For Free!