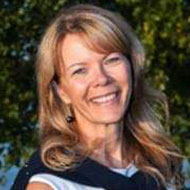 Tammy Switucha has been serving the Canadian public for 30 years in various federal-level departments and portfolios. She holds undergraduate and graduate degrees in social sciences from Carleton University and the University of Ottawa. Since joining the public service in 1990, she has held various positions in public policy in departments with mandates for socioeconomic, legal and public health issues. She joined the Canadian Food Inspection Agency (CFIA) in 2007, a science-based regulatory agency with the mandate to safeguard Canadian food, animals and plants, which enhances the health and well-being of Canada's people, environment and economy. She has held several executive roles in the CFIA in domestic and international policy and program areas. In 2015, she led Canada’s largest regulatory modernization effort with the development of the Safe Food for Canadians Regulations. She is currently the Executive Director, Food Safety and Consumer Protection Directorate and oversees the program development for Canada’s food safety and consumer protection program.