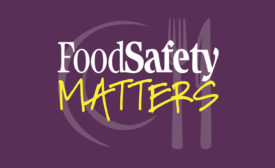 In this episode of Food Safety Matters, we speak with prominent foodborne illness attorney Bill Marler about the deadly 1993 E. coli outbreak in ground beef served by Jack in the Box restaurants along the U.S. West Coast. Marler defended Brianne Kiner, the most seriously injured survivor of the outbreak, as well as hundreds of other victims in a class-action lawsuit. The story of this outbreak—which led to regulatory changes by USDA to declare E. coli an illegal adulterant in ground beef—and its ensuing legal and industry battles, is told in the book Poisoned by author Jeff Benedict. As the central figure in Benedict's book, Marler tells his story of the 1993 outbreak, as well as his outlook on the future of food safety legislation in the U.S. 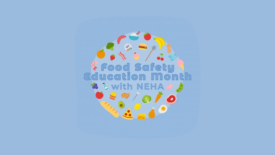 The National Environmental Health Association (NEHA) hosted a webinar on food safety legislation and policy trends on September 13, as part of its resource offerings for National Food Safety Education Month.

Ep. 127. Dr. John Butts: The Jungle and the Evolution of Meat and Poultry Safety

In this episode of Food Safety Matters, we chat with Dr. John Butts, Principal at Food Safety By Design LLC and the Advisor to the CEO at Land O' Frost Inc., about Upton Sinclair’s groundbreaking 1906 novel, The Jungle. We discuss parallels between today’s food safety landscape and the food safety challenges of the meatpacking industry in the early 20th century, as well as where the next half-century may take the food sector.

Ep. 126. Blum, Keener: The Poison Squad and the Fight for Food Safety Legislation

In this episode of Food Safety Matters, we interview Deborah Blum, author of The Poison Squad, which chronicles the passage of the 1906 Pure Food and Drug Act and the work of its primary advocate, Dr. Harvey Wiley. Deborah discusses her most shocking discoveries about the 19th century diet, how the political and scientific landscape shaped food industry regulations, the role that media played in disseminating Dr. Wiley’s findings, and themes that can be observed from the events of The Poison Squad that are still relevant today.

We also spoke to Larry Keener, President and CEO of International Product Safety Consultants Inc., to get an industry professional’s point of view on the events of The Poison Squad, the evolution of food safety since that time, and the book’s themes that are still relevant today. 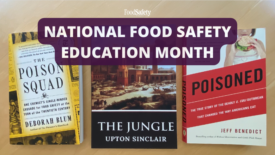 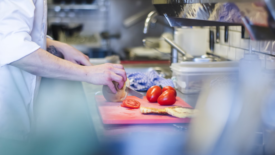 During National Food Safety Month 2022, the experts at ServSafe, alongside the National Restaurant Association, will curate free content for the restaurant industry with a focus on “Food Safety at Every Level.”