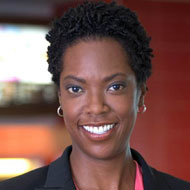 Dionne joined US McDonald's Operations team as a Business Consultant in 2002. Over her 18 year career with McDonald’s, she served as an Operations and Training Consultant, and Food Safety Supervisor before assuming the role of Manager of US Restaurant Food Safety in 2013 where she supports more than 14,000 McDonald’s restaurants across the United States.

Dionne and her husband Ralph, also a military veteran, reside in New Mexico.