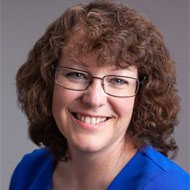 Barbara VanRenterghem, Ph.D., is the editorial director of Food Safety Magazine. In this role, she is responsible for overseeing magazine editorial operations; writing editorial content; traveling to and presenting at press events and conferences; inviting and interviewing guests for podcasts; and managing editorial staff. From 2005–2008, she was the chief editor of Controlled Environments Magazine and the science editor of Animal Lab News and Lab Manager Magazine at Vicon Publishing. At Eaton Publishing (1999–2005), she rose from the positions of assistant scientific editor for BioTechniques and acquisitions editor for BioTechniques Press to the editor of content development and acquisitions and director of commercial product development. While at Eaton (then acquired by Informa), she served as the chief editor of Preclinica. She received a B.Sc. in biology in 1989 from Bowling Green State University and a Ph.D. in Pharmacology in 1994 from the University of Colorado Health Sciences Center. She received a postdoctoral fellowship from the Juvenile Diabetes Foundation International to study at the University of Massachusetts Medical Center from 1994–1998.